Faculty of Clinical
and Special Psychology 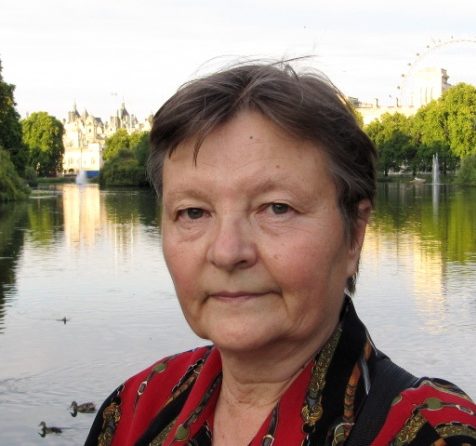 Professor, Head of the Department of Differential Psychology and Psychophysiology, Deputy Editor-in-Chief of the Journal "Clinical and Special Psychology"

Academic degree: Candidate of Psychological Sciences (scientific specialty «Psychophysiology», dissertation on the topic «Study of the genetic determinacy of various parameters of the human electroencephalogram by the twin method» defended in 1976 at the Institute of General and Pedagogical Psychology of the USSR Academy of Medical Sciences – PI RAO)

Awards, prizes, titles: laureate of the First Prize of the USSR Academy of Sciences (as a co-author of a collective monograph) (1990), prize of the Open Society Institute (Soros Foundation) (1998), laureate of the Government of the Russian Federation in the field of education (1999), the title of «Veteran of Labor» (2000), Diploma of the Open Competition of universities Of Russia (2001), K.D. Ushinsky Medal (2003), honorary Worker of Higher Professional Education (2006), two medals named after G.I. Chelpanova I and II degrees, three times winner of the Moscow Grant competition in the field of sciences and technologies, Diploma of the Moscow Government (2008), Honorary Professor of the Moscow State University of Psychology and Education (2017).

Professional activity:
Tatyana Meshkova began her scientific and pedagogical activity first as a graduate student (1971-1974), and then as a researcher at the Laboratory of Age-related Psychogenetics of the Institute of General and Pedagogical Psychology of the USSR Academy of Medical Sciences (now the Psychological Institute of RAO) under the leadership of V. Nebylitsyn and then I. Ravich-Shcherbo. From 1974 to 1997 she was a full-time employee of the laboratory. In 1997, she headed the newly created Faculty of Special Psychology of the Moscow City Institute of Psychology and Education (later the Faculty of Clinical and Special Psychology of MSUPE), which she led until 2015, combining the duties of the dean of the faculty with the head of the Department of Differential Psychology and Psychophysiology.

Tatiana Meshkova is the author of more than 100 publications, including in foreign languages. Tatiana Meshkova combines scientific work with pedagogical activity. She is one of the co-authors of the textbook «Psychogenetics» (2008), recommended by the Psychology Council of the UMO of Classical Universities. A set of test tasks for the course «Psychogenetics» and the student practice program of T. Meshkova were awarded among the best in the competition of the Educational and Methodological Association of Universities in psychology. In 1999, the program of the course «Psychogenetics» by T. Meshkova was awarded the prize of the Open Society Institute (Soros Foundation). In 1999, as part of a team of authors, she was awarded the title of laureate of the prize of the Government of the Russian Federation in the field of education for a series of works «Psychogenetics as a field of science and discipline in higher education». In 2003, as part of the Federal Scientific and Technical Program of the Ministry of Education «Creation of an open education system», Tatyana Alexandrovna prepared an electronic educational and methodological complex on psychogenetics, and in 2004 a printed edition of the Educational and Methodological complex «Psychogenetics» was published, including 4 books.