Faculty of Legal
and Forensic Psychology 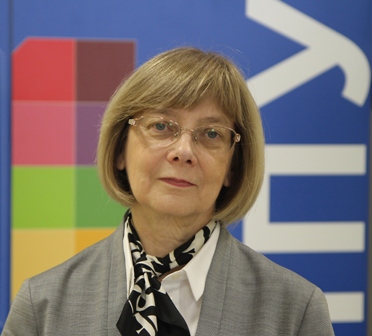 Professor, Chief Researcher, Acting Head of the Laboratory of Child and Adolescent Psychology of the V.P. Serbsky National Medical Research Center of Psychiatry and Narcology of the Ministry of Health of the Russian Federation. Member of the MSUPE Academic Council, Member of the Dissertation Council of MSUPE and the Academy of Management of the Ministry of Internal Affairs.

Academic title: Professor
Education level: higher education, Leningrad State University, Faculty of Psychology, 1978
Field of training and (or) specialty: Psychology
Qualification: Psychologist. Clinical psychologist
Total work experience: 47 years
Work experience in the field: 37 years
Awards, honors: badge of EMERCOM of Russia «the Participant of liquidation of consequences of emergency situations»(2004); the medal. G. I. Chelpanov I degree (2006); the badge of msupe «Golden Psi» (2014, 2019); Honorary Professor of MSUPE (2017); the prize «Golden Psyche» in the nomination «the Best book on psychology» (2017); an Honorary certificate of the Ministry of health of Russia (2009); the badge «excellent health» (2015); the medal of the order «For merits before Fatherland» II degree (2022).

Professional activity: under the leadership of Elena Dozortseva, psychological aspects of a comprehensive forensic psychological and psychiatric examination of minors, abnormal personality development in adolescents with deviant, delinquent and criminal behavior, problems of abuse of minors and their victim behavior are being developed. In recent years, special attention has been paid to the influence of the Internet on the mental development and behavior of children and adolescents, including behavioral deviations and victimization in a virtual environment. Laboratory staff headed by Elena Dozortseva participated in the work on the psychological rehabilitation of children and their families affected by the terrorist attacks in the theater on Dubrovka and in Beslan.

Member of editorial boards of journals: